In the ancient world, people actively maintained relationships with ancestors, animal spirits, and cosmic entities. The human imagination played an active role in communicating with the natural world. At some point, humanity was diverted from our connection to nature. I believe that when Christianity was established as a religion, in a diversion from the original teachings of Jesus, the church as well as certain political and economic forces made a concerted effort to demonize nature, the feminine, and humanity’s connection to our personal higher self. 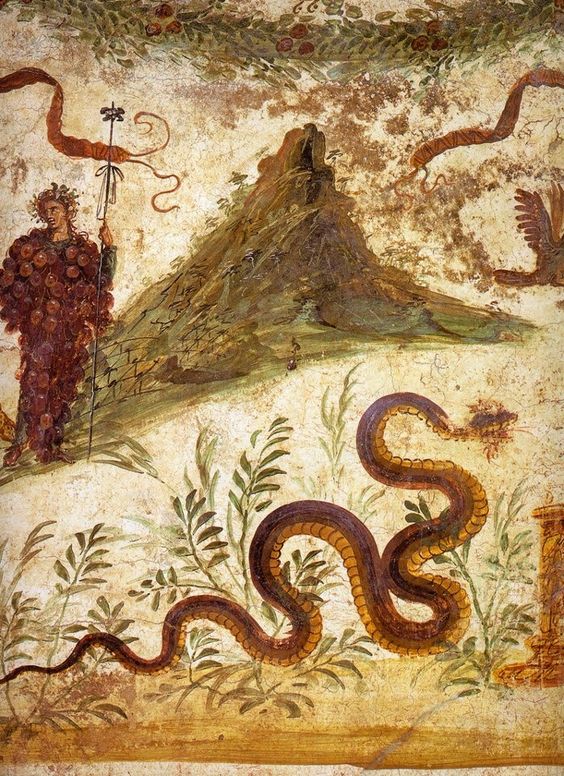 Shamanistic healer and psychotherapist Dr. Steven Farmer explains that the daimon, a sort of genius and animal spirit that was a revered protector in many societies around the world, was transformed into a feared “demon”. The natural world and all that was earthly or below ground was transformed into a shadow arena, relegated and downgraded to being the realm of only dark energies: demons and the devil. 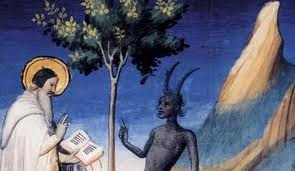 Suddenly only the cosmic arena, the male pole of spirituality, was considered a source of good, light, and salvation. Thus, heaven became relegated to the sky. The spiritual became distant and separate from our bodies and the world we live in every day. And nature, women, the feminine, the animal and plant kingdom and those who were versed in the healing arts of plants, animals, and the imagination became evil and were feared. 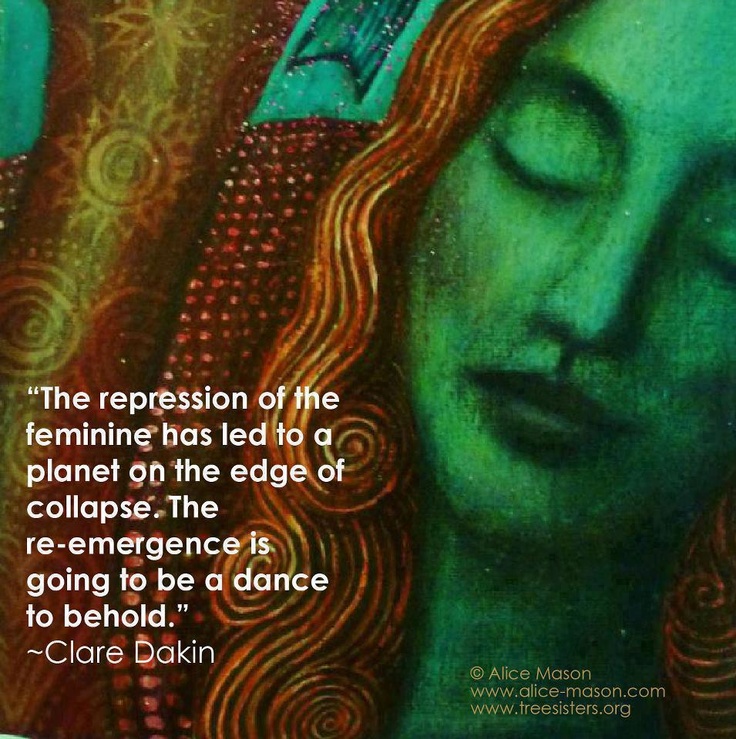 Women, who had once been the highest priestesses and sources of great wisdom were suddenly considered inferior, with smaller brains and lesser abilities than men. Nature and the bowels of the earth became the domain of hell, torture, dreaded punishments. Sexuality and the body, which came from the Earth, were included in this litany of evil. Man and woman were officially divorced from their own bodies, their own intuition, direct connection to the personal higher self, and from a consciously loving and connected relationship with our planet and with nature.

In fact, the daimon (Greek: in-dwelling spirit), of which spiritual writer, psychotherapist, and historian James Hillman speaks in his wonderful book, The Soul’s Code: In Search of Character and Calling, is the voice of our higher self. As we live in our temporal earthly bodies on this planet, we are always, if we so choose, connected to our higher self through our intuition and our imagination. The pineal gland in the brain, also known as the third eye, is the gateway to our higher self. Images of the pineal are ever-present in ancient art, architecture, and sculpture. The winged snake symbolism refers to the connection of the earthly to the cosmic realms. Mystics believe we all have many spirit guides, ancestors, and other wise and benevolent sources of energy who accompany us along our path. Because we are born onto this planet with free will, they will not interfere with our lives unless we call upon them for help.

Like the daimon, Earth herself is alive and seeks to communicate with us. Shamanic wisdom teaches that there are three worlds: the lower world, which is located inside the earth – under the ground; the middle world, which is where we live; and the upper world, which would be the cosmos or heavenly domain. The shaman is trained to navigate all of these worlds. He or she has special guides or helpers which are often in the form of animals. These spirit or power animals would have been called daimons (Greece) or geniuses (Rome) in the ancient world.

By grounding ourselves in our bodies and connecting to our planet Earth, it becomes easy to recognize that all of creation is one family. When we become aware that the lower realms are just as sacred as the middle and higher realms, we gain increased wisdom and balance. Our current society is in chaos. For too long certain factions in our society have suppressed necessary knowledge about ourselves and our reality from us. 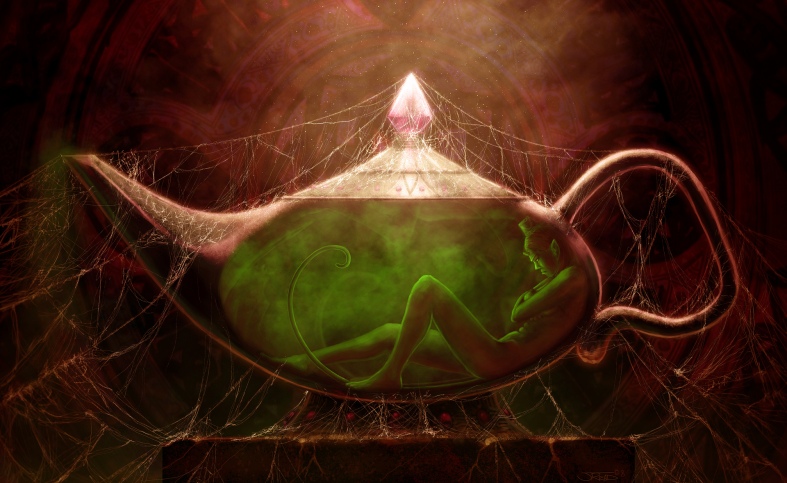 The human being is a very powerful creator. Once we reopen our hearts, imaginations, and balance our minds, bodies, souls, and spirits, we will intuitively  embrace and revere the feminine once again. We will understand that the sacred feminine is equally important to the sacred masculine, and humanity will become more cooperative and compassionate. It is my hope that by restoring credibility to intuition, emotion, and to the feminine, our health will improve, and our societies will become more peaceful. 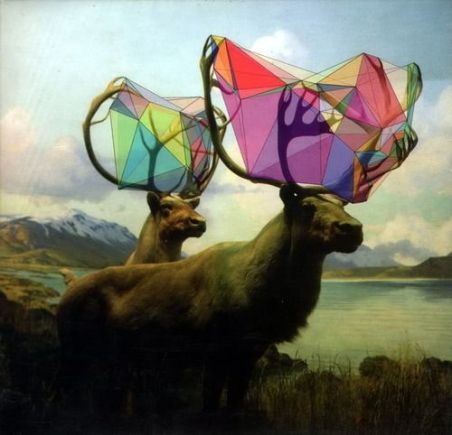 The feminine point of view is all encompassing, nurturing, and intuitive. The female brain uses both lobes and makes connections between apparently unrelated ideas, thoughts, feelings. The creative conceptual mind is necessary for the advancement of technology, social structure, and for the health of our planet. Knowing that all people, plants, animals, and the planet herself are interdependent is so important. People who are religious often talk about going to heaven. Do they know that home is inside of each of us? We are here on Earth to learn to love self and one another. This is true purpose of life: love and consciousness. Our insight is a dear friend, not a demon of whom we should be afraid. By demonizing our inner wisdom and our higher self, we are cut off from our own power and our own ability to heal our own bodies, hearts, and spirits.

I think it’s time to rehabilitate the daimon and take back our power to see within and beyond the veil.

In the bedrock of soft ooze

the hallucination of a dream left behind for too long

the yearning of a sunken volcano

a sisterhood of souls abandoned

yearning for the connection

sailing towards the energetics of a wise and warm embrace.

I am told humanity has folded its legs

and wound itself into the embrace of a temporary womb.

the pine cone falls from a lofty place

she lies in a tomb shrouded in moss and cobwebs

a new being unfolds

through a film once designed to hold and protect

to revise the heart of humanity

of a perfection that strives

climbing high above the ranks of the well-behaved soldiers

Tight, orderly brains trained to shut out the mind-well

Wizened fingers once knew how to pick

from endless array of plants

Yet our scientific control box has shifted woman and plant

to black or white, ugly or beautiful, beneficial or garbage

Discarded, we are weeds

If only a few are coveted

Many are valuable, unseen, untasted, unexperienced

Wasting away are the talented many

The DNA an arsenal of innate adaptation

Left out, not boxed

Unconventional is the new beauty

Powerful is the weed

Woman is no hybrid either

Abandoned, crushed, used, disregarded by so many

She and weed are rising, will rise together

in a softer, wilder, world

the feathered throat of mother spews

a web of glorious love

Break the Spell: Be peace in a polarized, hypnotized world

The Weaponization of Compassion: Tools for Real Peace-making

Compliant: Has the ability to think independently always been rare?

As a visual artist and writer, my goal is to create stories and images that reflect the unconscious intentions and desires of humanity to evolve, and to increase our awareness of our ability to collectively create reality through our imaginative powers.

At Sunnyside - Where Truth and Beauty Meet

where truth and beauty meet

observations from the sidelines

Using art and intuition as tools for awakening

At Sunnyside - Where Truth and Beauty Meet

where truth and beauty meet

observations from the sidelines

Using art and intuition as tools for awakening